They say that luck plays a big part in the success of many musicians.  It's otherwise known as "being in the right place at the right time"...

We've heard these stories many times.

I consider myself a hard-working musician.  I've been professional for over 20 years now.
And, at times, I've been close, (very close), to achieving noticeable achievements.

I mean, I'm happy with everything I've done.  This isn't a post about complaining how "things didn't go my way", or that "I was unlucky".  I've worked hard.  I continue to work hard.  And I'm proud of all the success I've had and continue to have, and all the achievements in my professional career.

I've got a lot of stories like this one, but, a few people have asked me to tell this particular yarn, so, here ya go: 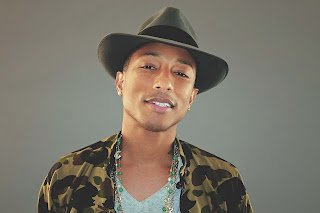 He has no idea who I am.
But, twice now he has stolen my [potentially] "lucky break" away from me.

Back in 2004/2005, before "belarus" were belarus and we went by the name "Spacehopper", and back in the early days of the internet when the music business became like the wild west with outlaws like Napster and other file sharing sites ruining thousands of hard-working musicians earnings, my band at the time (Spacehopper) were doing pretty well...

We had a pretty big following and were gigging hard and creating a buzz in "the industry".

Around that time there was a website, (and this is the only "fact" I am not 100% sure about), but I am pretty sure it was "MP3.com".
The site hosted [unsigned] bands music and fans could vote for their favourite tracks.
The more votes a track got, the higher it reached in the MP3.com charts.

In '04/'05 Spacehopper decided that we would upload all our songs and see what happened.

To our surprise, not long after, 9 of our songs were in the top 10!

It was quite unbelievable...

This, incredibly, lead to a string of emails and contact from music business moguls from around the world.  One of which turned out to be the manager of a producer team in L.A. called "The Neptunes".

For those of you who don't know, The Neptunes were one half made up of a certain Mr Pharrell Williams.
Another interesting fact about The Neptunes is that, in 2003 they produced 43% of all the songs on the radio!

Anyway, the email we got from their manager basically said that The Neptunes were searching for an up-and-coming British artist to remix/produce, and that they were interested in us and one other young act!

It was down to a choice of two!

After some months of emails, deliberating, waiting and excitement, The Neptunes chose the other way.

(I am fairly certain after doing some research that they chose to work with UK up-and-comer-at-the-time, Dizzy Rascal).

Damn you Williams!
You could have picked us...
This was the first time he stole my luck.


(brief recap of the intervening years:
Spacehopper had become belarus.
belarus had recorded an album, which, unfortunately never got an official release as the record label we signed to went bust.
belarus were courted by Universal Records.
belarus ultimately split up in 2007.

I continued to teach and play in other bands, but eventually, new challenges presented themselves and I relocated to Berlin, Germany.)


In 2012 I started to build my recording studio here in Berlin.
The idea was to do remote recording sessions by email, meaning I could provide drum recordings for anyone in the world.

Over the course of a 20 year professional career, I have met some amazing fellow musicians, some of which may be considered famous or influential, (or any other impressive sounding word we might attach to successful arteests).

I emailed a few of these ladies and gentlemen to introduce my new studio and ask for any opportunities they had for recording.  I was basically trying to get some decent credits to increase my status.

Anyway, one of these lovely chaps, a producer friend of mine in L.A., writes back to me with this question:

I was hella surprised!  This guy was writing and producing, (and continues to write & produce), some of the worlds biggest R&B and soul records.  Seriously, we're talking #1 billboard albums.

So, of course, I wet myself a little bit and replied immediately asking:

"Sure!  No problem man!  What do you want exactly?"

(Then, I immediately emailed a few other producer friends of mine asking how the hell to get a 70's sound...  I was pretty new to all of this and had maybe oversold slightly...  I mean, I knew I could play, but the recording bit...  anyway, I digress...)

I didn't get a reply

I don't want to bug people or upset opportunities

I couldn't wait anymore, so I wrote again:

"Hey mate!  How's it going?  Just wondering when you need these drums for?  Let me know!

Now, I could drag this out more and more, but long story short, after about 2 months of waiting and being excited and disappointed and hopeful and then excited all over again, my friend replies and, with massive apologies, he informs me that, the day he initially wrote to me to ask about the drum recording, who should "happen to pop into the studio"...  you guessed it:

So, twice, this guy, who has no idea I even exist, has stolen my lucky break.

And enjoy all the success's of all the times that you do have, which make all the stories, like this one, that you get to tell...

And maybe, Mr Williams, just maybe, if you do ever happen to read this, get in touch and finally give me the lucky break I've been waiting for.
Or, maybe not.
You don't actually need a drummer.
You're pretty damn good yourself.
As this track (that I didn't play on!) goes to show.


If you want to hear any other silly stories, comment below and I'll try to think of something just as interesting :-)